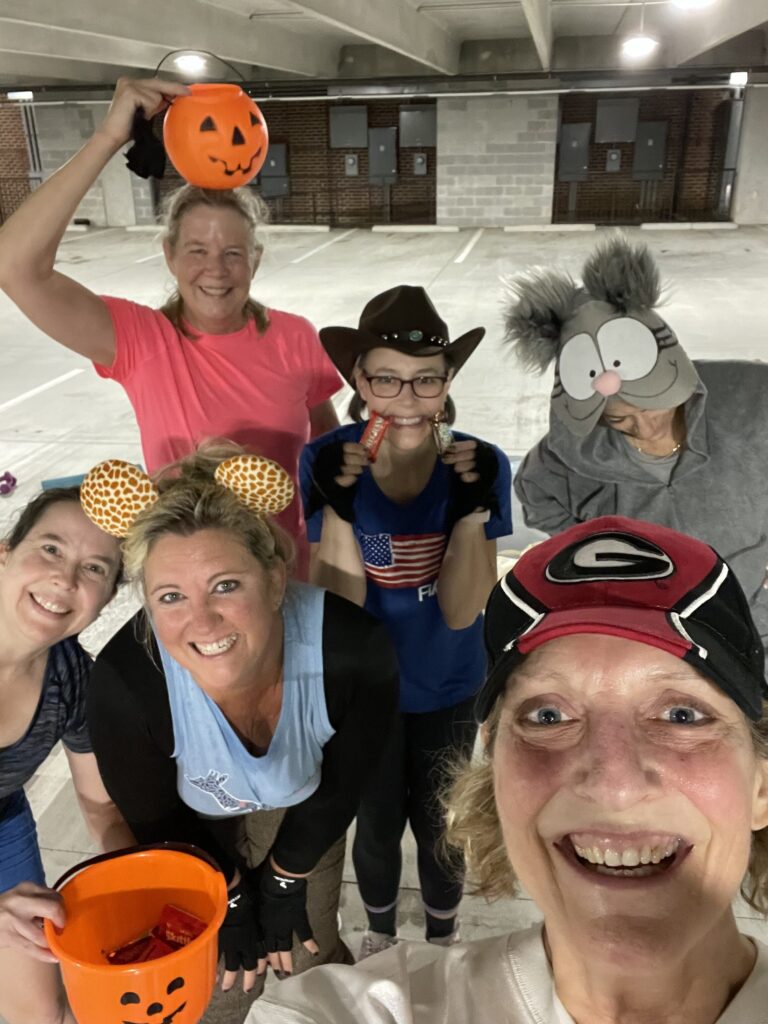 This morning was a series of 4 different sections of exercises – all Halloween related.  Plus, we had some costumes: Nermal (cat from Garfield comics), Texan, giraffe, orange/black, serial killer (looked like just a normal person…you never know :)!), and football player. There was candy and Halloween music, of course!

After a quick warm up, we started with a Zombie Chase Workout – 30 seconds for each exercise. And we were not caught or turned! Next was the Trick or Treat section where everyone took turns drawing a slip of paper with either Trick or Treat on it and the associated exercise which lasted for 45 seconds each.  Just want you to know we did NOT pull the Murder Bunnies…woohoo! (They may have to make an appearance soon since we haven’t done them in a while)

Next was a song workout to “Ghostbusters” where we lunged until we heard the word ghostbusters and then had to do a frogger for each one.  There are a LOT of them at the end.

Finally, we took turns pulling candy from the pumpkin with each type of candy representing an exercise which we did for 45 seconds.

Ghostbusters – Lunges with a frogger for every “ghostbuster”

Check out the quotes from Dale Carnegie and George Bernard Shaw – fun and play are important for adults!