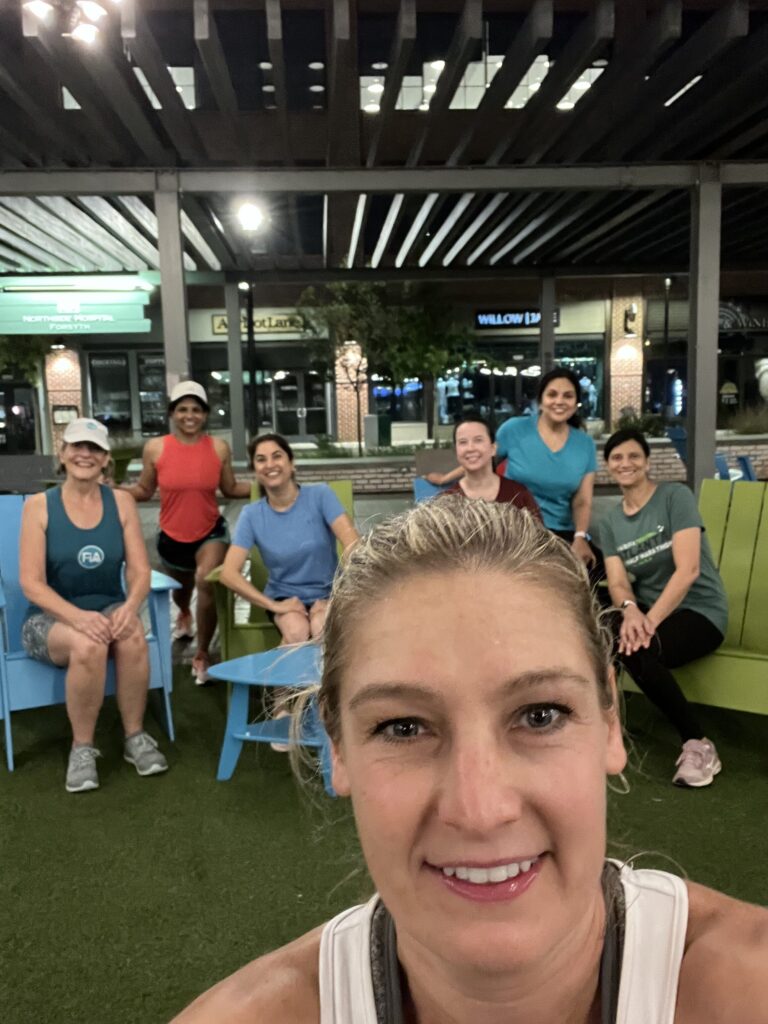 We divided into five groups; four of the groups split to the 3, 6, 9 and 12 o’clock positions around the perimeter of the turf green.  The fifth group (me) stayed to the side to begin. The fifth group included the Q and communicated the next exercise to the first position on the clock. That group would then jog 1/4 of the circle to where the next group was located and let them know what the next exercise was, and then that group would run and pass the exercise along to the next group and so on. There was always a group in motion and the new exercise would begin when the group behind reached the next group. The cycles were approximately 1-2 minutes in duration and the exercises were:

Plank-everyone hold this to start

Boat while pass around 3 boat canoe

Forearm Plank while pass around 3 dolphin

COT (In the words of Signs “Watch it Unfold”… when life is bigger than our control and we’ve done all that we can.  Announcements and Nameorama