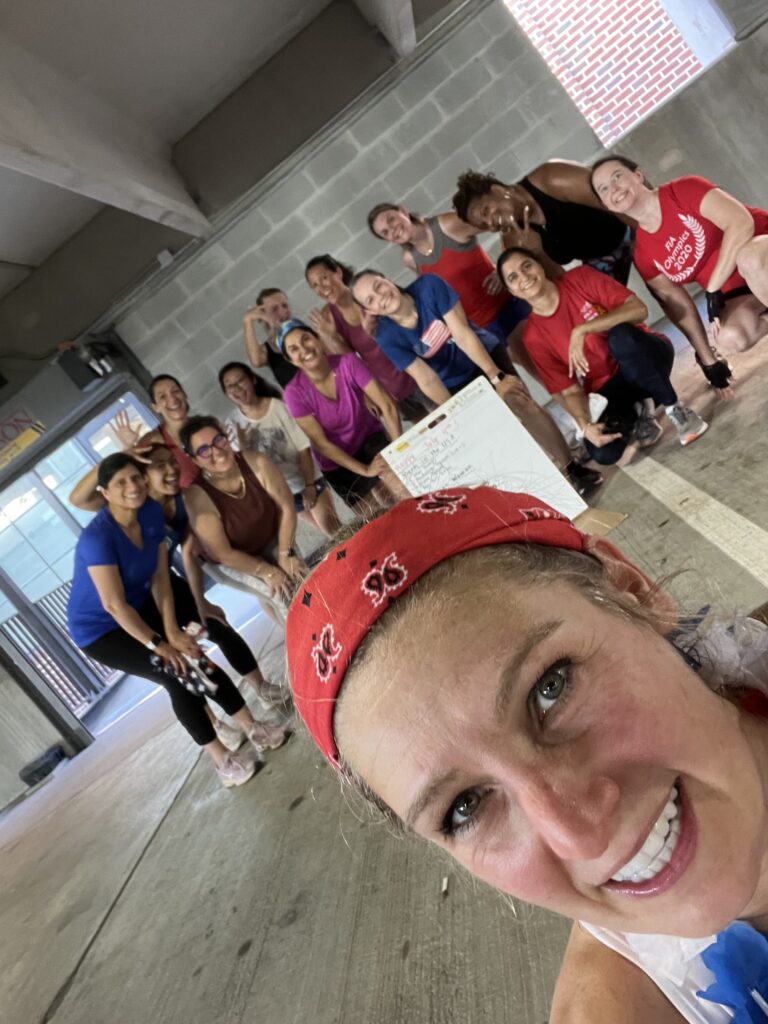 Thanks to FIA Knoxville for sharing this Independence Day workout idea.  It was fun!

When we pulled into Halcyon this morning, a run event was starting to gather.  We took it to floor 5 of the parking garage and kicked the music on.  Here’s how it went.

This is a 1776 AMRAP – Do the specified # of reps per exercise and repeat for the duration of the song.  We actually didn’t have time for the last 5 songs so maybe next year we’ll do some of those…

Born in the USA

Party in the USA

COT: Today I remembered back to my opportunity to see Independence Day in France.  The French are so great about weaving a history remembrance into their Fireworks display.  Witnessing this made me wish that we were more intentional about the way we celebrate our Independence  from Britains’ rule on Independence Day and the signing of the Declaration of Independence.  I take my freedom for granted most of the time (freedom of worship, freedom to get an education, freedom to speak my mind,…).  Here are some quotes from folks who did not take their independence for granted at all:

“Liberty, when it takes root, is a plant of rapid growth” – George Washington

“Independence is a heady draft, and if you drink of it in your youth, it can have the same effect on the brain as young wine doesn’t.  It does not matter that its taste is not always appealing.  It is addictive and with every drink you want more” – Maya Angelou (African American writer who was active during the Civil Rights Movement)

“For to be free is not merely to cast off one’s chains, but to live in a way that respects and enhances the freedom of others.” – Nelson Mandela – famous for peacefully destroying the Apartheid regime in S. Africa

We closed with Nameorama and Coffia at Land of a Thousand Hills.  Great morning, ladies!