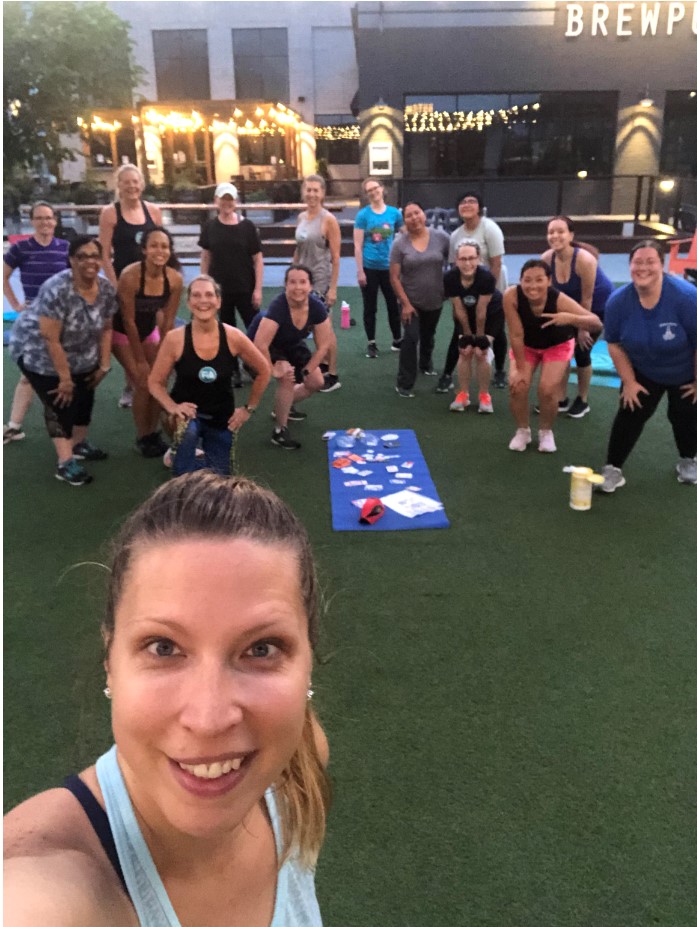 After Broadway’s game day on Monday, I thought it only fitting that we continue the fun on Wednesday!  And everybody joined in on the craziness.  It was like herding cats!

After a warm up which was in cadence, though some of the pax tried to end the count early (you know who you are!), we split into 4 teams of 4 pax and went to our corners with our mats and gear.  Then on to Bingo where each team had a card and a marker.  As a number card and exercise card were drawn, the team would mark out the spot on the card and all pax would do the exercise.  It went a long time before someone called Bingo!

We moved on to a Plank Race – probably the hardest thing I’ve ever tried to explain to 15 other pax!

On to Uno Attack – one of my favorite games which didn’t translate as well as I imagined in a workout.  Oh well, we worked out…

Broke up into teams of 2 for the card toss breather.  Then finished up with some cards from the Deck of Death.  Lots of laughter, silliness, fun, and sweaty bodies.  Success!

WARM UP – IN CADENCE

Each team has a Bingo card with numbers

All teams mark out the number on the card

Do that many reps of the exercise

Move to next team’s pax; repeat

Start by last planker running to front of team and planking

When in place, yell GO! And repeat

Whatever cards come out, that pax calls out number/exercise from legend

Move to next team’s pax; repeat

Stand a few feet apart from partner facing each other

One person holds the cards

Both players assume a split-squat position

Player with cards throws one card at a time to partner

Switch after 5 cards (total of 10 cards)

COT:  During Saturday’s workout at The Coop, Signs was skipping and playing hopscotch as we quick moseyed our lap.  She talked about joyful movements.  Then on Sunday, a quote from our current study “How Happiness Happens” was “[Jesus’] purpose statement read, “I came to give life with joy and abundance.”  Jesus was happy and wants us to be the same.”  So we worked out with happiness!  Now on to living each day that way.