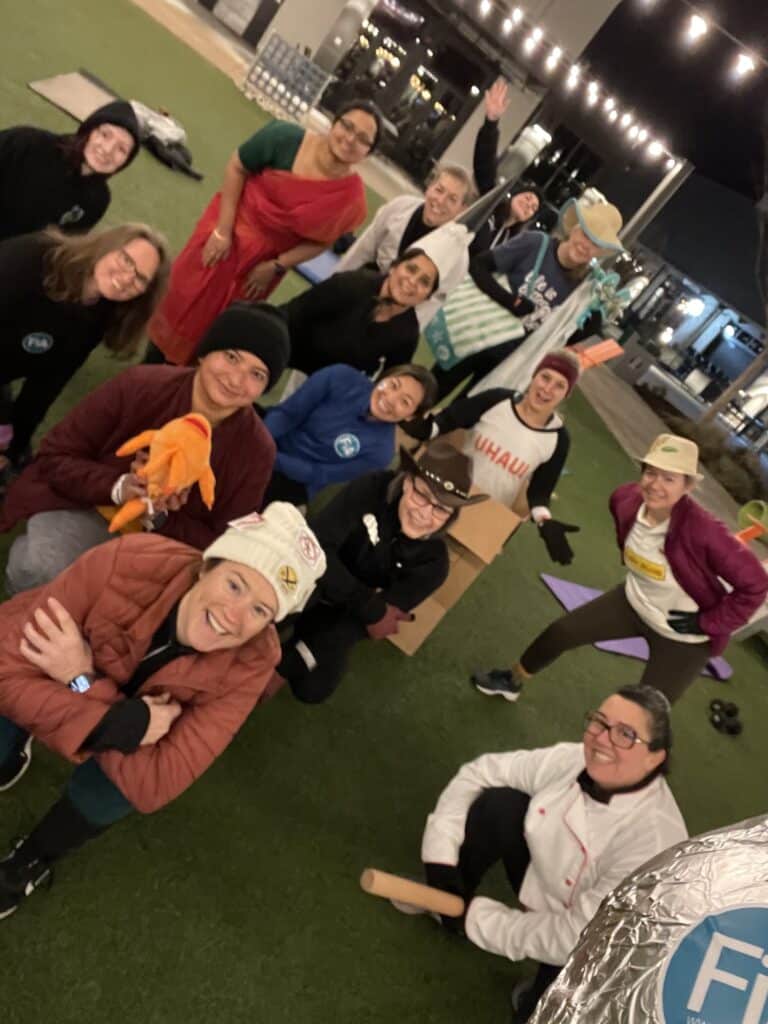 After some pax finished day one of the Streaker challenge, we gathered on the green to hear about what AOs around the nation were all doing to celebrate FiA Nation’s 9th anniversary!  After a failed attempt at explaining, we paired up with pax A holding a static position while pax B of the pair ran/walked 100m (loop around the green measured for distance) and then did 22 of a certain exercise.  Once pax B was finished, A and B switched positions and B held while A ran/exercised.  This was mildly organized chaos!

After completing the sets – which all pairs were able to complete, I believe – we gathered in a circle for a ring of fire.  Each pax did a star jump moving around the circle.  When it was not your turn to jump, we were doing Raggedy Anns.  Continued until 365 star jumps were completed and the clock struck 6:15 – right on time!

It was a fun time with fabulous women!  So glad to be part of the FiA Nation!