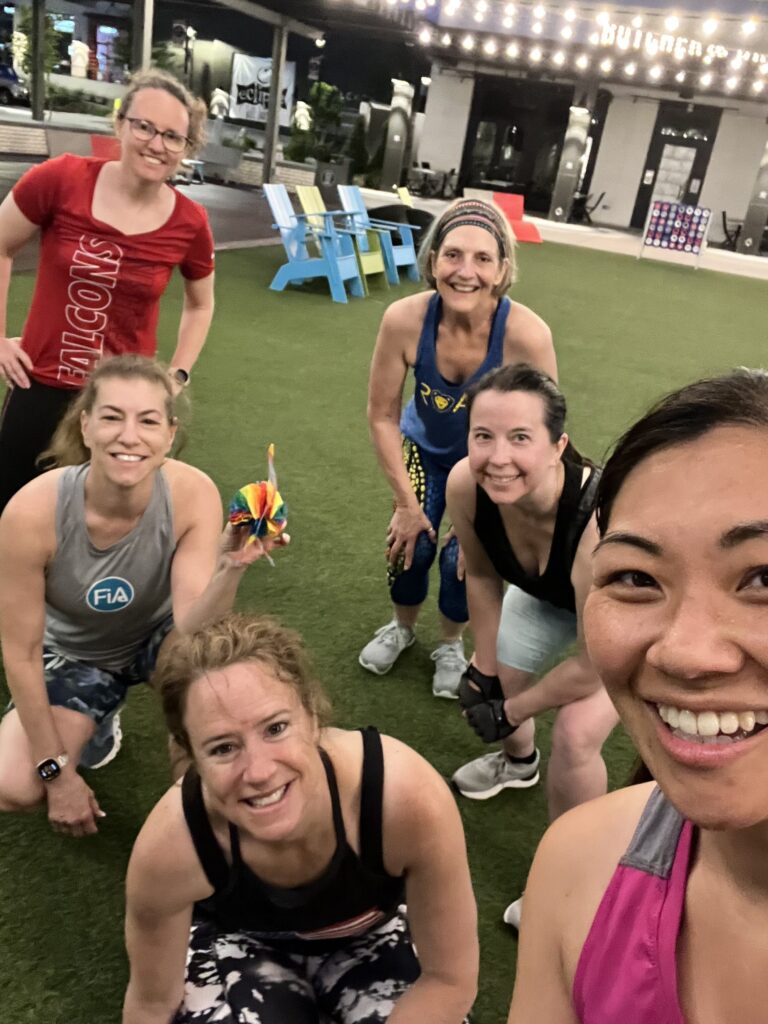 This morning (the day after the holiday) I reminded the PAX that Cinco De Mayo is not Mexican Independence day (that’s Sept 16th). It’s the celebration of the Mexican beating the French when outnumbered possibly up to 3 to 1 in the Battle of Puebla in 1862. Thus this day is celebrated mainly in the city of Puebla in Mexico but somehow widely in the United States😉. So it’s just a fun holiday, really more about celebrating the Mexican culture and way of life than about remembering a battle which happened over 150 years ago. It is sometimes referred to as a “Mexican St. Patrick’s Day.”

With that said…..this morning we celebrated the Mexican culture with a Latin pop music playlist and a few salsa-type and circle dance exercises to warm up, then a tough beatdown, just like Mexico had to be tough in the battle of Puebla!!

After stretching, did the themed Warm-ups:

Weight training, 30sec each, 10sec rest in between:

One partner ran across the green and back while other did jumping jacks, passed the llama and switched, then calf raises, then hillbillies, then side reaches

One partner bear crawled around the inside of the mats-circle while other partner did Peter Parkers on her mat, then they switched, accumulating 50 PP together (single count).

Dan Taylors around the green with partner:

Arm-ageddon (Arm series), 30sec each, 10sec rest in between:

Did Cooldown and stretched it out individually as I shared (below)….

The Mexican forces defeated the French in the battle of Puebla, when they were outnumbered. This reminds me of the many instances in the history of Israel where they defeated their enemies when outnumbered as well. Though the Mexicans, and the Israelites, no doubt had to be tough to fight against such powerful forces, their ultimate victory was only by the hand of God! In Luke 18:27 Jesus says, “What is impossible with man is possible with God.” HE makes impossible things possible, so when we’re faced with a situation that appears to be impossible, let’s look to, and put our trust in, the One who is far greater than us and able to do far more than we can!