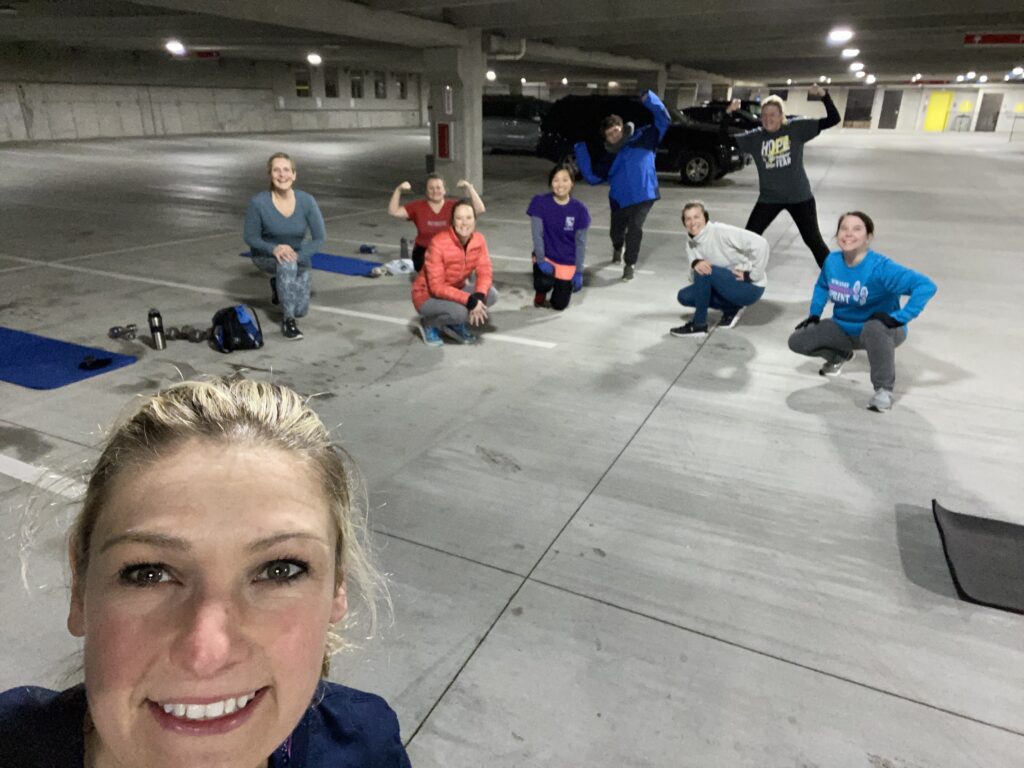 In full disclosure, I didn’t create this mornings workout.  I actually copied it from a workout that I’ve seen Jedi Mama (of FIA Nation) lead.  It was hard!  Really hard!  But we played a fun oldies mix and we all did the best we could to finish out the week strong.

To start today, we met in the parking garage and made two lines parallel to each other to face each other.  The two lines essentially equated to two teams.  I led the first line and Miyagi jumped in to lead the counts for the second team.  Thanks Miyagi.  Here’s how the day went.

Warmup as a whole group

This is when our two lines came into play.  We had time for 8 sets of moves and holds, doing each set for 10 reps (which actually worked out to be 55 reps) … one side count while the other holds, counting up one by one each side at a time.

Instead of saying “I have to” try saying “I get to” and see how that effects your !  perspective.

Great job today, ladies!  I might need a nap today 🙂