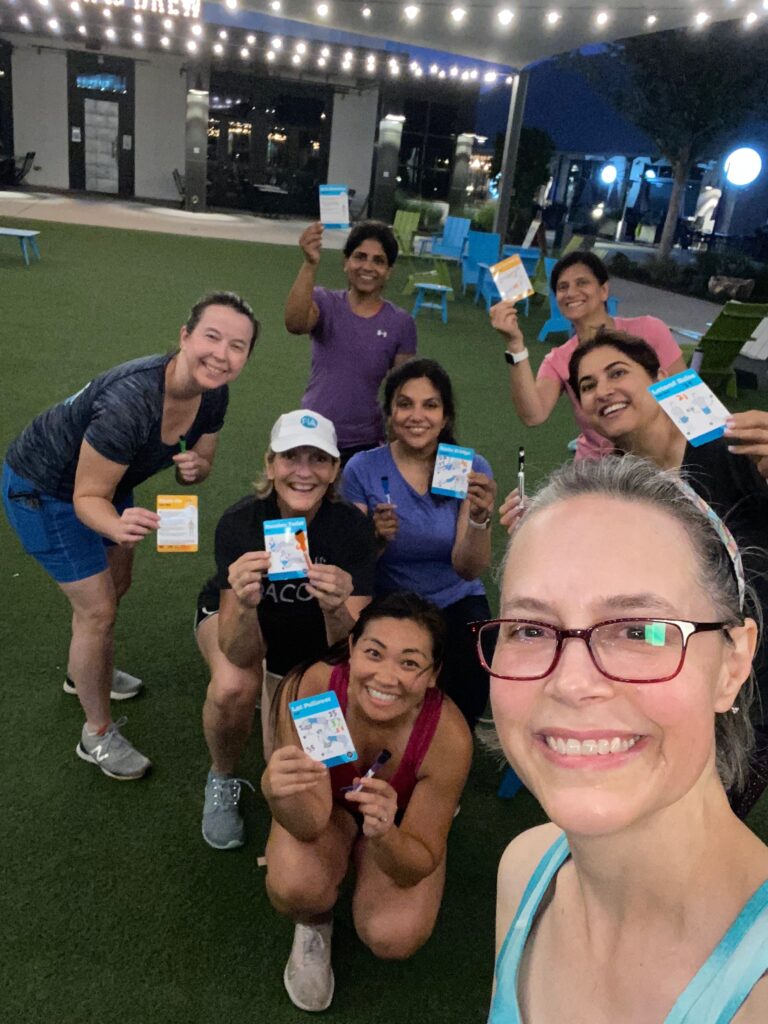 Each Group started at one of the 5 stations – Each Group had a colored dry erase marker.

Each station had laminated Fitness Cards (purchased on Amazon.com) in one of these categories:

When timer went off – the group wrote their total reps on the card with their colored dry erase marker.

Then the groups rotated to the next station & did the same exercise as previous group – trying to beat their total. Wrote down their total reps in their dry erase marker color.

We continued to rotate until back to our original stations at which time the group chose the next exercise for that station.

We made 2 and a half rounds through the stations and then checked the results. The green and blue marker groups got the highest reps on the most cards! Congrats to Buzz, Titanium, and Kinetic!

This was a fun workout even though #countingishard! But it turns out the hardest part of the workout was keeping track of your dry erase marker! LOL!

COT – No matter what the competition is, I try to find a goal that day and better that goal.—Bonnie Blair, American Gold Medalist speedskater